What Was Your Favorite Computer? 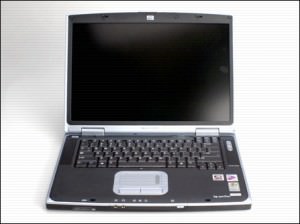 Many people who read this site have undoubtedly owned several computers over the last few decades with each new machine bringing a little more power and capability to our lives over the last. A lot of people I’ve worked with have jokingly mentioned that every computer had its own personality, and many others have talked about these digital tools as extensions of their body. But, for all the machines that a person might have owned over the years, which one would be considered a favorite?

This is the question that I was faced with again yesterday as I glanced at one of my older notebooks that now serves as a media server at home, the HP zt3000 lovingly referred to as System-XV.

Since 1996 I have owned sixteen computers, twelve PDAs, 3 servers and two NAS devices. All but two of these electronic tools have played a key role at some point in my various careers, and only three of these machines did I detest. As for which is my favorite, though, the answer is incredibly simple: System-XV.

For years I had bought only desktop units and would fall into an endless cycle of upgrades and peripheral additions. Not only was this insanely costly, but it did little to instill confidence in the stability of the computers. Rarely would a machine go more than 4 weeks without having some sort of major component upgrade and rarer still would the system go more than six months before being replaced completely with a new system. This was, of course, horrendously expensive and something that only a foolish 20-something boy would consider doing. But after moving from Hamilton to Vancouver in 2002, I decided to smarten up a little bit and limit the upgradeability of any computer I might purchase. This meant going with notebooks rather than their more easily upgraded desktop brethren.

After shopping around on eBay and coming up dry on a nice IBM machine, a manufacturer I had trusted for building quality notebooks that were also next-to-impossible to upgrade, I found a simple Hewlett-Packard Pentium 3 machine that looked as though it would fit the bill of what I needed. The machine worked incredibly well far longer than any other computer I had owned up to that point, but in 2004 it was no longer powerful enough to run the games I enjoyed playing or displaying the anime that was now being encoded at higher bit-rates. For that reason, I said goodbye to System-XIV and replaced it with another HP. This time, though, it was going to be a professional machine.

Send In the Clones

In the fall of 2004, I had found a sleek HP zt3000 notebook for sale on eBay selling for about half its current list price. The machine wasn’t super powerful by any stretch of the imagination, coming with a 1.7 GHz Pentium-M processor, a Gig of RAM, an ATI Radeon 9200 Mobile video card with an acceptable amount of memory, and a paltry 40 Gig 4200 RPM hard drive. However, what it may have lacked in raw processing power, it more than made up for in hidden power. What I mean by this is that the HP notebook may have appeared slow, but the tiny 1.7 GHz processor could out-perform any of the 3.2 GHz Pentium 4’s that were used by friends and my employer. Perhaps it was due to configuration or maybe it was due to HPs exceptional build quality, either way, it was something that allowed the computer to function as my primary PC for longer than any other machine.

It was with System-XV that I programmed much of the super-complex software used by previous employers, and it was with the same system that I enjoyed countless episodes of The Daily Show, Colbert Report, and documentaries on subjects ranging from pre-historic civilizations to deep-space phenomena. On top of this, it was with System-XV that I kept in touch with my wonderful wife despite the ocean between us. Sure, these things could have been done with almost any machine, but they weren’t. It was all done with a single HP notebook that rarely ever gave me a reason to become upset.

That said, some of the more common hardware failures did plague this notebook like every other machine I’ve used since the late-90s. Issues like keyboard failures, hard drive problems, and optical drive failures have been a regular problem on my computers as I tend to move a lot of data, type over a million characters a week, as well as burn numerous data archives. So the fact that I’ve had to replace the keyboard three times in four years has hardly been a surprise, or the failure of the DVD burner. That said the zt3000 has consistently surprised me with just how versatile it can be, even in the face of hardware failure.

Unfortunately, after moving to Japan, it became impractical to carry such a heavy notebook from place to place. Despite trying for over six months, my lower back and shoulder just couldn’t handle the constant strain of lugging a heavy notebook along with language textbooks and student files. So when the time came to replace my trusty System-XV with something lighter, it wasn’t a decision I made lightly. 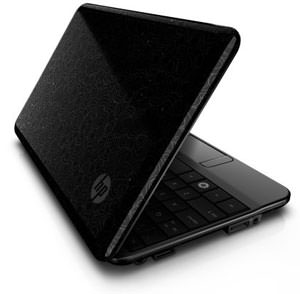 In December of 2008, the Mrs. And I made a trip to the local Eiden to pick up a netbook. I had been researching various offerings and was quite impressed with HPs (then) latest model. Unfortunately, Eiden doesn’t carry anything from Hewlett-Packard, so I opted to pick up one of Acer’s popular AspireOne models. Thanks to the incredible number of points we had with Eiden, we were able to pick up the tiny Acer for half its list price, which also included a 5 year extended warranty to make keyboard replacements in the future a financially painless activity in the future. But there was one little problem; what would be done with System-XV?

Because the machine was getting older, it would not have been realistic to try and sell it for another person to use. The condition of the keyboard and power adapter would have also proven to be a problem as the keyboard is worn down to such an extent that letters have been worn off, and the power adapter is in need of replacement as it’s right now hanging on with twin patches of electrical tape. All in all, it could be restored to “like-new” condition with just 10,000円 in parts and 30 seconds of time, but I opted to hold on to the ageing notebook and find a new purpose for it. To that end, it’s now running the latest version of Ubuntu and acting as the media server for my home network. Considering everything that System-XV and I have been through together, I just couldn’t see myself giving it up when it could be used to solve some other very real network problems.

This isn’t to say that I have some sort of weird hardware delusion where I see computers as being living beings with emotions and souls, but I will admit that it’d be a little difficult to simply hand over such a versatile tool to someone else who would probably not appreciate it as much. Besides, there’s nothing wrong with a little sentimentality when it’s done in moderation, right?

So, yes, I’m now using an AspireOne predictably named System-XVI on a daily basis for blogging, programming, and just about everything else I enjoy doing (aside from most games). But there will always be a place in my memory for System-XV.

Which computer has been your favorite over the years? Is there anything that makes that computer special? Will you keep the computer for as long as it’s usable? I’d love to hear your thoughts on the subject.