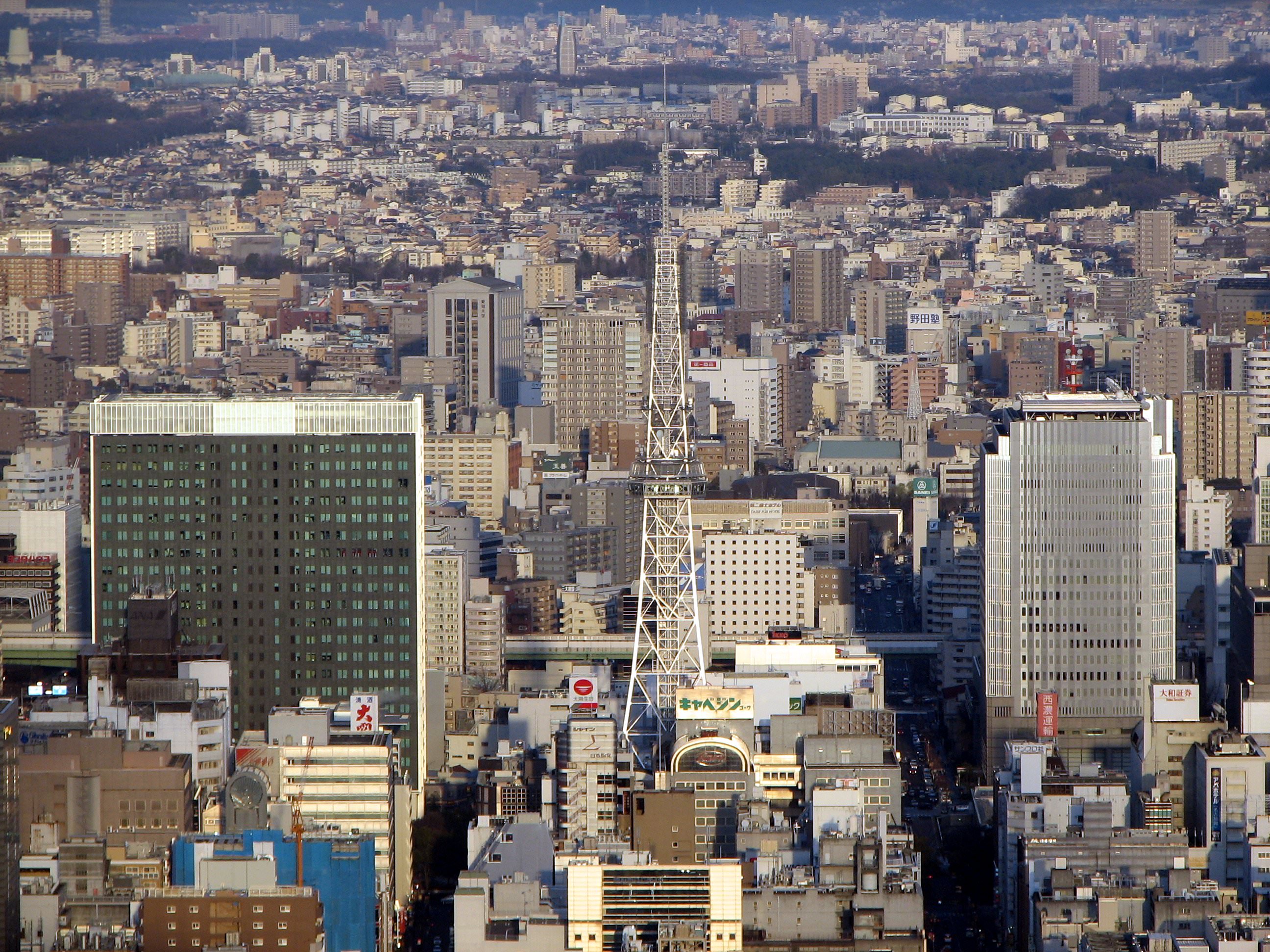 What a great day today turned out to be.  Thanks to excellent instructions from Reiko, I was able to make the trek from Kakamigahara to Sakae (Nagoya -- as seen in the picture) today without getting lost and, after a pretty quick double-interview, I was brought in to a company that I think will offer some great opportunities in the coming future.

That said, I will admit that I did at one point think I was lost.  After making my way out of Sakae station (2 hours before the interview) and confirming the buidling I needed to be in, I made my way back into the underground mall in search of a bathroom and something to drink.  Oddly enough, this turned into 15 minutes of walking around while every pair of eyes looked at me as though I was Brad Pitt or some other noteworthy person.

After finding a bathroom, something to drink, and making my way back to the park across from my future employer, I was approached by a man who was clearly in a hurry.  After a quick conversation, I learned that he needed me to watch his bicycle and a rather heavy bag while he ran to the subway for a minute.  Being a Canadian, I couldn't say no to such a simple request, and he dashed off underground as though he had just handed me a live bomb.

This was something I considered while he was away, too.  What if I just accepted a bomb and he was running to a train so that he could be far, far away when the darn thing went off and caused all kinds of hurt.  But this is Japan.  That sort of thing just doesn't happen.

Sure enough, less than five minutes later, the man came out of the subway looking much less rushed and we had a pretty good conversation for a few minutes before he collected his things and went on with his day.  It seems he really needed the bathroom, and didn't want to carry all his things down the stairs, then back up the stairs.

Fair enough.  It's funny that he asked the only gaijin when there were several Japanese people to ask, though….

All in all, I think today was a great success.  I'll hear back tomorrow about the exact starting date, and I'll be back at work after a 10 week drought.  I really can't thank Reiko and her family enough for helping me during this time, as none of this would have been possible without them :)

本当にありがとう, Reiko-chan.  I'll make sure your birthday cake is super perfect this year.