The Missed Flight - Spending the Night in Portland

Edit:  The original post was written after a long day at the airport, where I had sat in a rage for most of the afternoon.  In order to eat, as well as sleep, I needed to laugh at myself a bit and wrote this.  However, I didn't do a very good job of saying just how much Reiko did to help me.  From the time I woke her in the morning until the time she went to bed, Reiko was busy on the phones trying to get some resolution from the airlines, and making sure that my luggage was going to be safe in Japan.  She's done so much for me in the past, and today was no different.  Never in a million years did I expect to find someone like Reiko, and never in a million years could I find someone just like her.

Thank you, my Reiko.

After mailing my cell phone off to my sister, I went to the airport with two good friends of mine.  We parted ways, and I was off to conquer Japan! 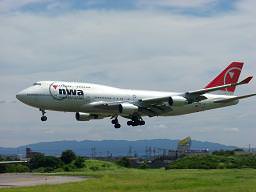 The line for entry into the United States was pretty long, but the agents were pretty good at getting the people through in a respectable amount of time.  From what I can tell, of the 200 people ahead of me, less than a dozen were pulled aside for whatever reason.  That's pretty cool considering how many people needed to get their fingerprints and pictures taken.

Afterwards, things were pretty easy.  Getting through security wasn't a problem and I didn't have to undergo any "personal space violations" like the last time I travelled through the US.  I even managed the trek from the one side of YVR all the way to Gate 9-billion, where my flight was scheduled to leave from.

Everything was going great.  I was where I needed to be two hours before departure.  I wasn't hungry, and didn't have any particular odor that might have upset fellow passengers.  Best of all, I even managed to strike up a conversation while on the flight from Vancouver to Portland.  The man reminded me so much of this one uncle of mine … I should really give him a call.

But, alas, once I reached the United States, the English-Only country had conspired against me!

After landing, I made my way to the terminal and started looking for the international gates.  After walking up and down the corridors several times, and asking a few uniformed people where I might find the international section, I found myself surrounded by domestic travellers.  The departure boards all showed US destinations, and my flight time was fast approaching.

Asking another kindly worker where I might find the international section, I was pointed towards a corridor I had yet to walk down, and lo!  It was good.  Only half an hour was wasted, but there was still another three-quarters of an hour before boarding.

After arriving at the gates, I found that it was just the one I needed, so figured Dame Fortune was starting to smile.  But it wasn't to last.

After checking in, I was told that I would need to buy an exit ticket from Japan, as Canadian citizens could only stay in the country for 90 days and air carriers are fined if people enter a country with no exit strategy.  Laying out a plausible timetable for withdrawl was no good … the airline was no better than the democrats, demanding an exact date that I would be leaving Japan!

Luckily they did offer to help solve my little quandry by searching for a plausible flight that I could purchase a seat on.  It would have been a fully refundable ticket (less the $20 ticketing fee, of course) that could have been cancelled shortly after arriving in Japan.  They did manage to find something to Guam for a price of $550, but I would have had to pay right then and there.  Usually this wouldn't be a problem, but I had a few hiccups with my situation.

My credit card is now set for use in Asia, not the US.  I could have called the card company, sure, but my flight was due to leave in 10 minutes.  Anyone who's ever had to call a company with an automated voice system knows that 10 minutes is the minimum amount of time you'll spend on the phone before getting a human that can help.

I had $440 CDN on me, and I could have pulled more from my Canadian bank account.  Problem was, if I couldn't pay by credit, I had to pay by cash.  American cash.

So looking at the clock, and knowing that I had passed both a foreign exchange and an ATM previously, I dashed back down the corridors in search of money.  The foreign exchange was closed by the time I arrived (at 2:30 pm local time … wtf?) and the ATM was down for repair (naturally), so I had to throw caution to the wind and go outside the security zone.  It was a super risky gamble … chances were that I was never going to make the flight with all these delays.

I managed to find a foreign exchange that would convert my Canadian dollar to the less potent US counterpart, but was advised that I'd have to use an ATM to pull money from my Canadian accounts.  So with the nearest ATM less than 40 feet away, and the plane less than 5 minutes from cut-off time, I run.

Oddly enough, the ATM was also down.  As was the 2nd … and the 3rd.  Does nobody in the United States of America use automated tellers?!?!?!  By this point I'm exhausted and my throat is incredibly dry.  I've been running with both my notebook and a carry-on and, while they're not particularily heavy, they do add drag.  But finally, after talking to someone inside one of the USA Bank branches inside the airport, I manage to get an ATM that will give me the rest of the money I need.

There's only one little problem … I've missed the plane.

So … with nothing left to do but try and recover the situation, I buy a phone card to call Reiko and let her know that I wouldn't be meeting her in Nagoya that evening.  Now … where can I find a phone card?

Fifteen minutes and $20 USD later, I have a phone card.  Now it's time to try and find my luggage, and perhaps an internet connection.

Long story short, my luggage is en route to Tokyo … my $20 phone card wasn't good for calling Japan.  The 6 minute conversation I had with Reiko came out to $18 USD.  I was not happy.

The WiFi is free at the airport, and the power outlets actually work.  Vancouver could stand to follow this example, because no person in their right mind would pay $10 for an hour of internet at YVR while all the power outlets remain scandalously unpowered.  Well … I shouldn't say that … I've paid that $10 in the past.

With the help of some of the airline staff, I managed to score a seat for tomorrow's flight to Tokyo, and then on to Nagoya.  I've already reserved my seat, and might even get the upgrade to business class.  They provided me a cheap rate at a decent Marriott, and even a shuttle both ways (which saves me about $55 USD in cab fare each way).  I managed to purchase the exit ticket for less than the previous ticket value, and have even had help from friends when I needed it most.  While the day has not been one of my better ones, both friends and family have pooled together to help.

Since calling Reiko, she's been calling the travel agent, the airlines, the airports and everyone between.  She's made sure that more is done for future passengers when they're making this trip (since I should have been warned in Vancouver at the time of check in), and talking to the appropriate people to make sure that my luggage was safe at Narita and not stored for a fee.  The airline has received several letters saying that the service was unacceptable and that more should have been done by the clerks when they realized the problem, instead of pushing me aside until it was too late.

Because Reiko cannot meet me at the airport now, she's helped me find the times that the train will leave for the station closest to her.  I should be getting to Nagoya by 8 pm, which will give me about half an hour to get to the right train.  I'm really fortunate to have met someone like Reiko.  She's given me the strength to keep fighting, and even given me the names of the people I need to talk to.  Without her help, I would have probably just been another person that missed his flight because he didn't do enough beforehand.

Tomorrow I'll be going to the airport four hours early, and I'll be first in line at the gates.  As soon as a person is behind that flight desk, I'll be working the business class upgrade.  But even if that fails, I've already been given the window seat at the emergency exit.  On the plane I'm taking, that means extra leg room and a nice view of the world below.

Let's hope that my luggage is not lost in Narita before I get there….