The autumn typhoon season has long been one of my favourite times of year since moving to Japan. The summer heat and humidity is broken by walls of water falling from the sky and vicious winds that send the dirt, dust, and loose debris from around the country on a one-way trip to North Korea. Today's slow-moving storm is a wonderful sight to behold … despite the havoc it plays on the public transit systems.

I strongly feel that people need to have a deep appreciation for just how powerless humans are when confronted with the raw forces of nature. This is one of the reasons I enjoy storms so much. Sure, our buildings are built pretty strong and we can enjoy the protection afforded by brick and concrete structures, but looking outside offers us a profound spectacle that proves just how weak we are. It's with tools that we overcome this frailty, and it's with charity that we share protection with others.

I wouldn't want to be a dog stuck outside on a leash.

Batton Down the Hatches

The fourth typhoon of the year has made landfall a few hundred kilometers south of Nagoya and is slowly making its way north. Companies all over the region have taken the not-unusual precaution of sending employees home early to ensure nobody has to spend the night on an uncomfortable office sofa. That said, this week is going to be a pretty decent test of people's preparedness. Tokai was barely affected by the Tohoku earthquake last year1, so most people are ill prepared for any sort of disaster. With two typhoons coming at us back to back people will be forced to make due with the food and other resources they have in the house. While this won't be nearly as painful as the first few weeks after the quake were for people in Northern Japan, it might wake the citizens here from their mental slumber enough to get their supplies in order. 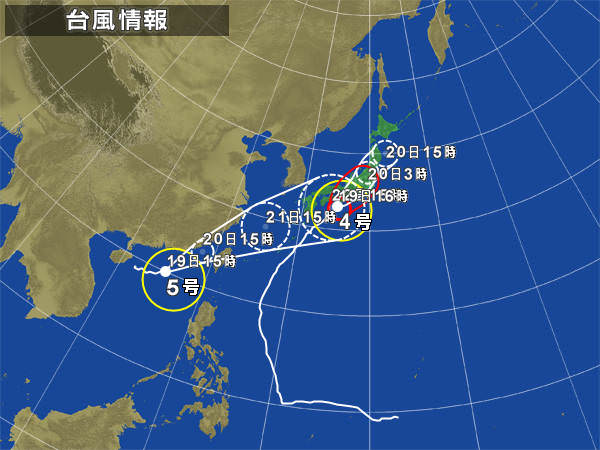 Typhoon Number 4 is reported to have gusts in excess of 190 km/h at times, and Number 5 is sitting at 110 km/h. A total of 80mm of rain is also expected to fall every hour in some areas which means landslides, flooding, and possible power failures.

This warning is repeated with every typhoon but, for the sake of friends and family, stay away from concentrations of water larger than a coffee cup. You will die a horrible, horrible death otherwise2.

Too Much Rain Over Paradise

Japan may not be a paradise, particularly with all the electronics-stifling humidity, but it is the place I call home. In the next week or so we'll be receiving quite a bit of rain, and it will be an interesting test of the recently upgraded drainage systems in this part of Japan. After a bit of flooding in may of last year the local governments decided it was time to update some of the aging waterways that crisscross1 the region. 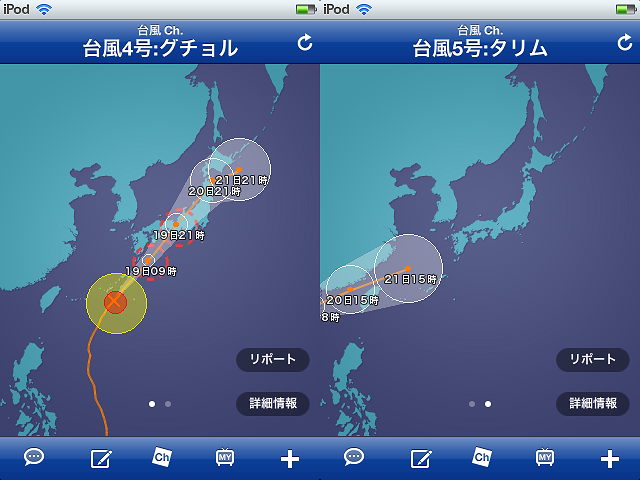 Hopefully the wife and I won't feel the need to head to higher ground like we did last year.

On August 27th I bet 200 Quatloos on when Tokyo would see its first typhoon. 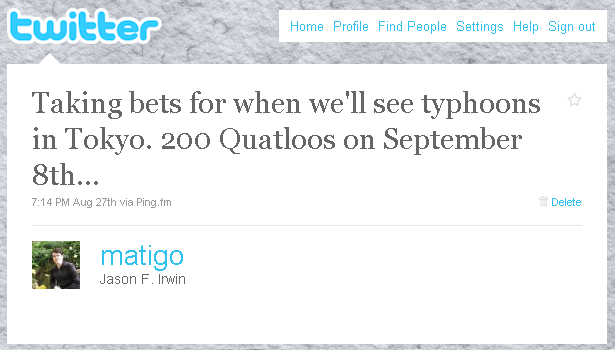 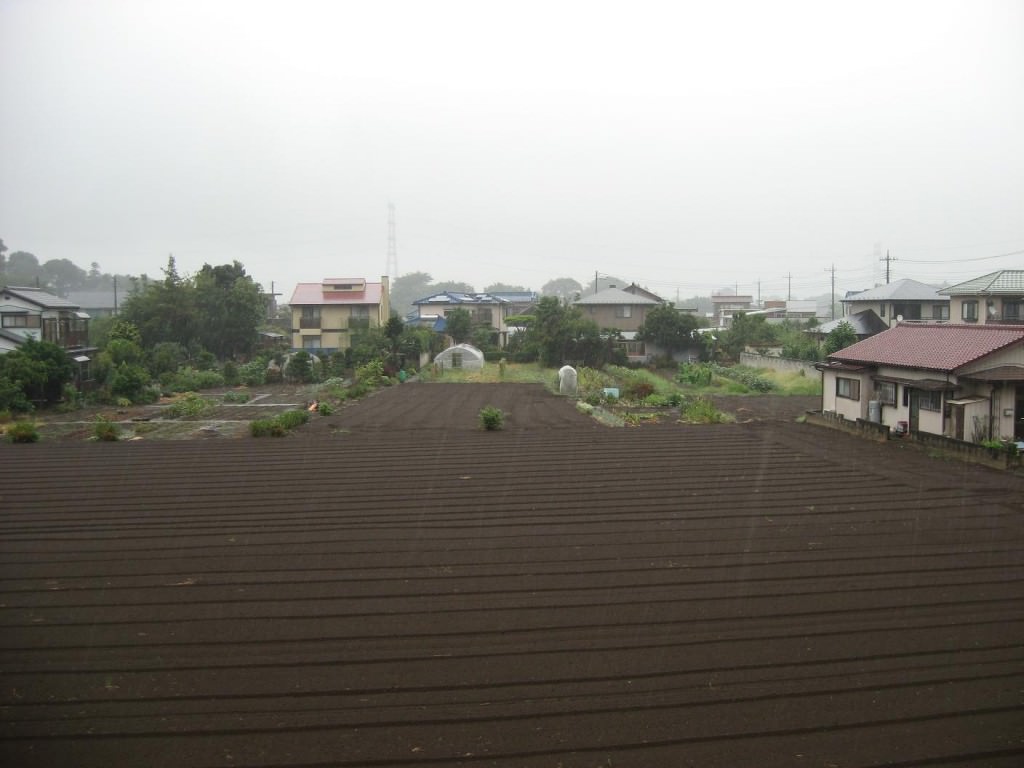 Looks like I could enjoy a nice career in weather forecasting, too.

Bring on the Typhoons!

"Heavy rains are expected for the next week as a pair of powerful typhoons hammer the eastern coast of Japan, bringing floods of Biblical proportion and driving temperatures down into the low 20s for the first time since May. If you don't have to go outside, don't." 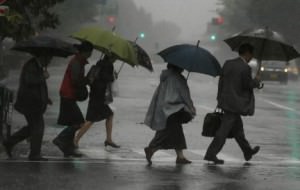 This is what I want to hear the next time NHK delivers the weather.  Although the year started off cool and wonderful, the summer has brought incredible heat waves and excessively humid daytimes.  While this is not uncommon for this part of Asia, my pasty-white Canadian body was never designed to handle such conditions for longer than a few weeks.  Bring on the rain!

I posted a bet on Twitter that Tokyo will see its first typhoon on September 8th. 200 Quatloos. So far, very few takers.  That said, I certainly hope they arrive soon to bring some cool air to the country.  I love storms and, despite getting wet, the change in atmosphere will be a welcome one.