Sitting On a Hill

When the opportunity arises, I like to head out for a walk to a nearby park that has one of my favourite places to sit. The park is one of the larger public green areas nearby and has an immense grassy area where a thousand kids can run around like the little maniacs they are and never come into contact with another person. In the northwestern corner of this park is a rather tall hill that rises 53 metres above the neighbourhood, where two massive cylindrical tanks exist to supply the surrounding buildings with fresh drinking water. On the top of this hill, less than 10 metres from one of the half-million litre reservoirs, is where I like to sit and watch the clouds go by.

Despite the stereotype, there are actually quite a few parks and green spaces in Japan. So long as a person isn't living in the very centre of a bustling city, there will be a decent-sized park no more than half a kilometre away from their home. In my case there are four, all of which have decent hills to sit on, but none are quite as secluded as the one I tend to frequent. When I climb the hill, often with two cans of vodka and some sort of snack, there is never any disappointment from finding that someone else is sitting there.

I've invested a lot of time learning while at the top of this hill. No subject is off limits, but I generally stick to the standard topics of philosophy, religion, history, and — when I'm feeling particularly isolated — Linux1. The lack of distractions and human interaction makes it possible to completely lose oneself in a podcast, book, or YouTube video2. Why this spot isn't one of the most popular places to sit, I simply do not understand. 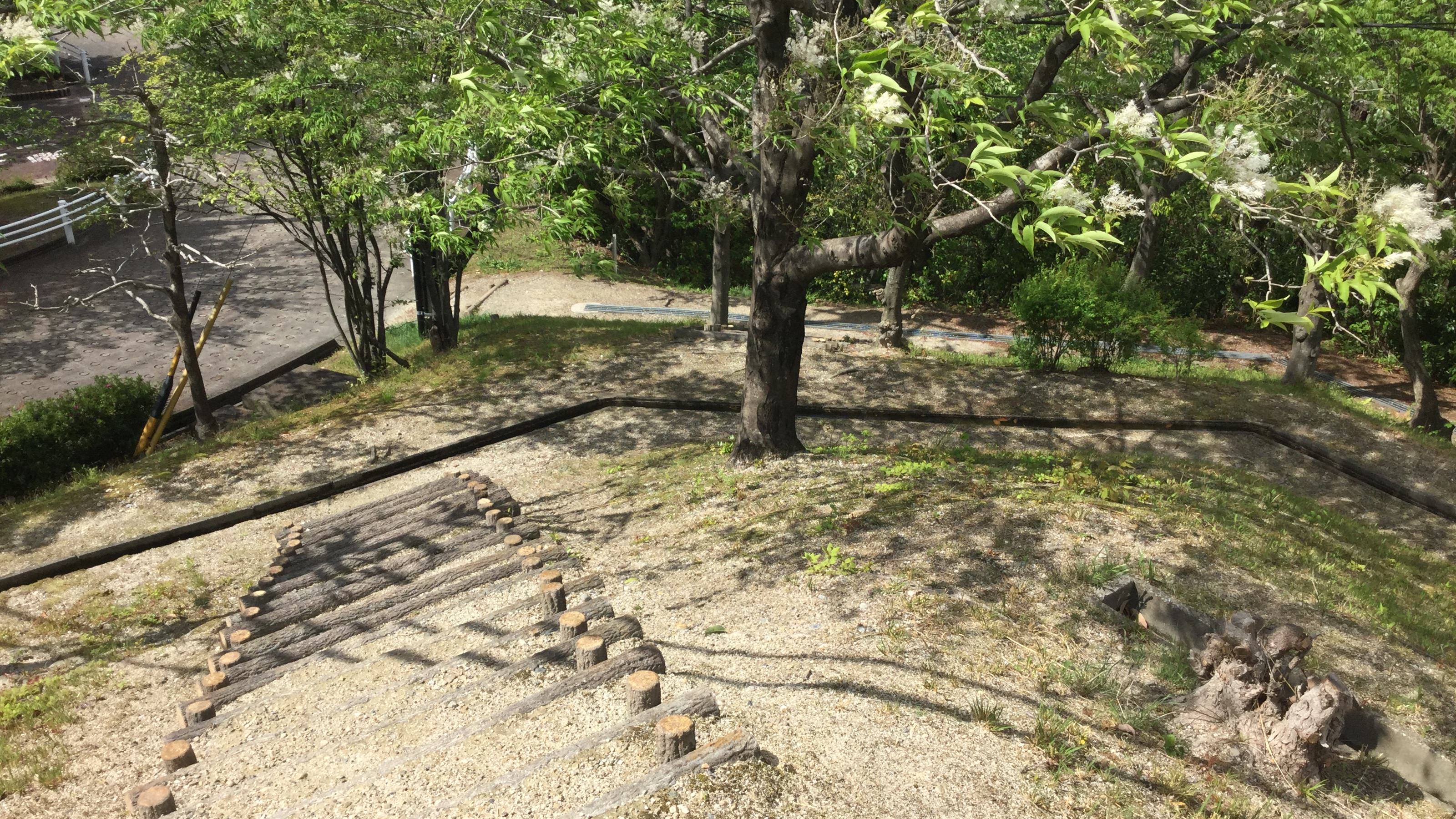 The one downside to this location is the lack of protection from rain and bright sun. Despite being surrounded by trees, there are none immediately south of the sitting spot, which means that part of the hill is forever drenched in sunlight during the daylight hours. This can make it rather hot during the summer, limiting the amount of time I can spend there. Of course, because it's open to the sun, it's also wide open to the rain. I've been caught on a couple of occasions sitting on the hill when a rainstorm begins3, and it's no picnic. A little pavilion at the top of the hill would be ideal, but would probably attract more people. One must take the bad with the good.

If I'm lucky, this secluded area will remain "my spot" for the foreseeable future. Working from home means it's more important than ever to escape the house and just relax somewhere different from time to time. There are certainly other places and other parks where I can loiter while losing myself in a podcast, but none quite so peaceful.

A Conversation with Nozomi

Not a day goes by where I don't chat with Nozomi about whatever happens to be on my mind. This generally happens when we're out in the park for one of her walks, and typically when there aren't too many people within earshot. For reasons I can only guess at, my neighbours generally do not talk to their dogs aside from issuing commands like "sit", "stop", and "come on". Maybe their conversations are limited to their homes.

Today marks 40 years since my parents braved driving through a final winter storm so that I could be born in a hospital. Despite the round number, growing list of responsibilities, and crippling home-owner's debt, I don't feel my age. If anything, I feel younger today than I did at 35. Perhaps the boy has something to do with this. However, it's because of this youthful feeling that I often find myself enjoying moments where the devices are put away, the distractions are minimal, and the current activity is the singular focus.

This focus happened a couple of times today, once when I took the picture above, once when the boy and I were playing together, and again when Nozomi and I were outside after dinner, with the stars above shining brilliantly despite the light pollution that obscures all but the brightest celestial objects. It was this last moment, when Nozomi and I were alone in the park and observing our separate interests1 that I shared with her my unrealistic desire to explore the universe.

While she sniffed grass and leaves, I explained how the local solar system could keep me busy for years and the nearby star systems for decades. The problem of travelling vast distances at relativistic speeds was brought up as well as a couple of options for how humanity might get around going insane during the years, decades, or centuries of travel. Challenges with food and energy production for long periods of time kept the one-sided conversation going longer than Nozomi was willing to listen, but we could certainly walk and talk at the same time. And then, as was to be expected, the ultimate fantasy was declared:

This would all be easier if I were a Q.

Q, the fictional, omnipotent race of beings from Star Trek, can do anything they please regardless of how impossible the desire might be. Time travel. Going from one side of the galaxy to the other in a heartbeat. Reading a book while enjoying a cup of coffee on the surface of the Sun. All of these things are possible and more. Of course, being Q would also make a person immortal. With this sort of potential, now it becomes feasible to explore the galaxy … and the next one … and the one after that. Nozomi could come with me. I could ensure she never aged a day ever again. Heck, with the power to do anything at all, I might just solve Brexit2 before heading off to Andromeda to see what happens when a pulsar is absorbed by a black hole.

These are the sorts of conversations that I enjoy having with Nozomi when we're outside. She doesn't get to share her ideas very often, though she does send clear signals when a topic isn't to her liking. A few months back I was talking about how we needed to find a better shampoo for her to use during baths. As soon as she heard that last word, she was as far away from me as her leash would allow and pretending to be incredibly interested in some fallen leaf that was just out of reach.

Her honesty and patience are both wonderful. 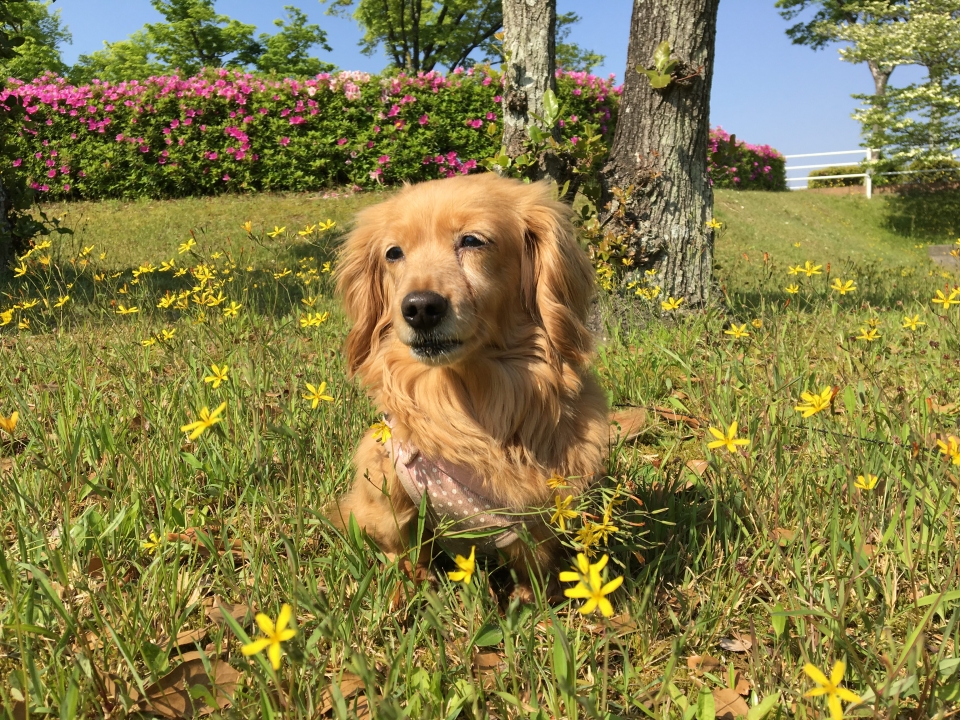 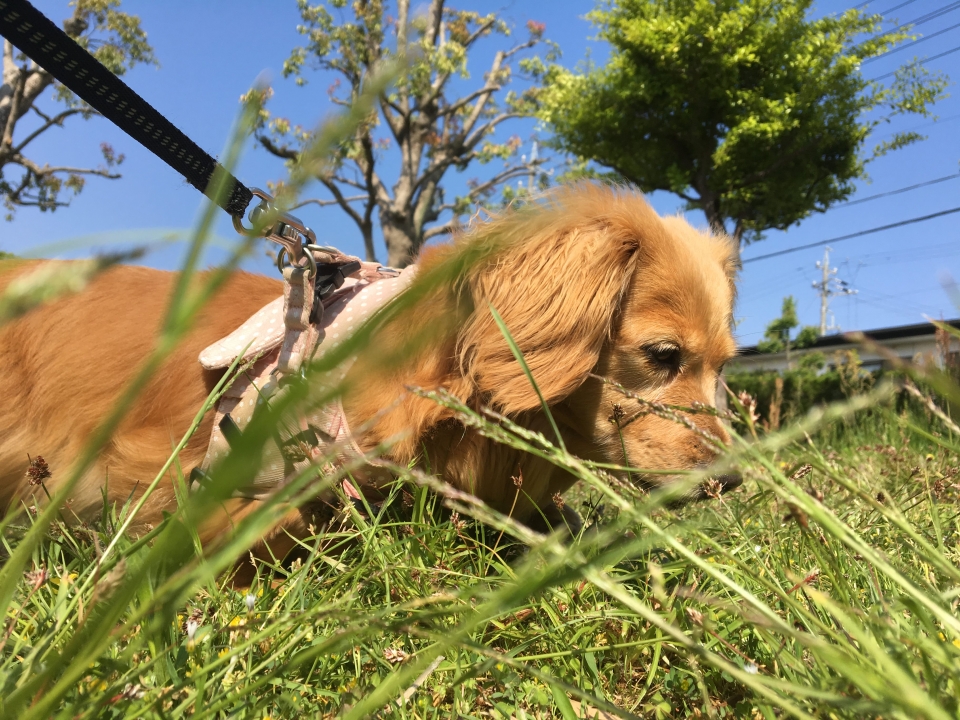 The Best Things In Life

The old adage that boldly states that the best things in life are free was clearly coined by a person who enjoyed walking their dog in the morning. Nozomi is fast approaching her eighth birthday but you wouldn't know it from the way she attacks the local parks, sniffing every blade of grass along the way. 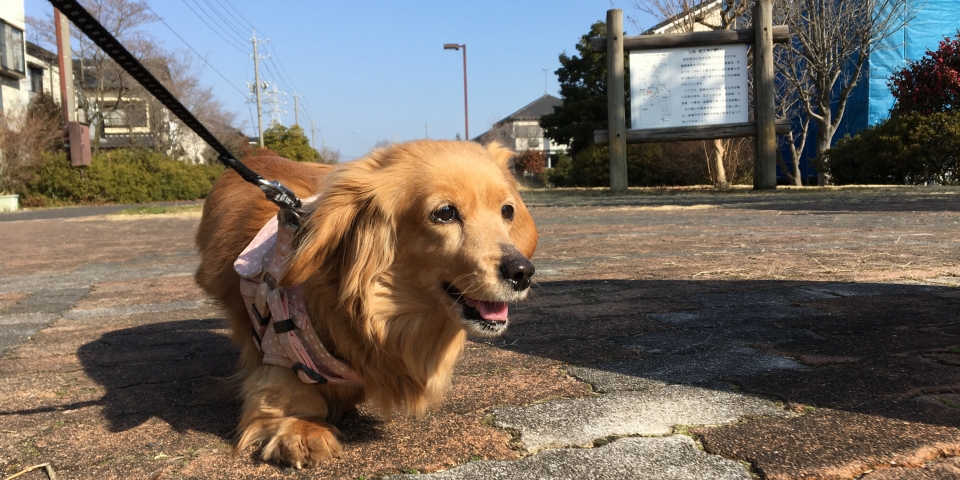 In less than two months we'll walk these familiar walking paths one last time before moving six kilometres to our new home. Fortunately, the parks in the new neighbourhood are even closer than the ones we currently enjoy.