Working from home means that the boy and I get to spend quite a bit of time together. Today, while I was doing some research on local kindergartens he might attend, he jumped on my lap and started playing with the tablet, which had the maps application open. He understands that "things happen" when you run your finger over the glass, so that's just what he did for several minutes until he stumbled across a city in souther South Sudan that has almost zero information on Wikipedia: Babanusa.

The town appears to be located in the middle of a desert. Its roads are covered in sand. The fences surrounding all of the homes have accumulations of sand on the eastern sides. There doesn't appear to be any source of fresh water within walking distance, but we did manage to find 12 large tanks that are likely used to store the life-giving liquid. According to Google Maps, there are two mosques servicing the community and three small grocers. A handful of small cafes can be found just south of the massive railway junction that dominates the area.

While looking around the town, I started asking questions. Where are the signs of agriculture? Can food be grown here, or is it all imported from communities closer to the river 9km to the east? Are the haphazard-fenced homes outside the main community where the poorer people live? Aside from the railway junction, what are the main industries that keep people busy? There appear to be at least 1,000 homes in the area, so are there more than two mosques? There does not seem to be any signs of high-voltage electrical lines bringing power to the community, so where does everyone's electricity come from?

Following the main road west, there's a whole lot of nothing stretching on for kilometre after kilometre. And then … what looked like a scorched piece of earth where people clearly live — or used to live. There are all the signs of homes, a market, a place of worship, and even a school next door. Yet this place has no name on any map.

In my quest to find a name for this place, I zoomed out a bit to get some context for where it's located. When I saw the region, things started to make sense.

This is in Darfur, an area that's roughly the size of Spain and almost completely arid plateau. Whatever this land had once offered to the people living here has been stripped away by the ravages of war. This is why there does not appear to be any developed infrastructure, or agriculture, or even large farms of roaming livestock. It's a part of the world that is so foreign and alien to me that I wouldn't last a week. If one of the various militias didn't kidnap me in an attempt to collect a ransom, the lack of fresh water and food would do me in. The people who live here pay much more attention and are much more resourceful than I will ever need to be.

A lot of this information was kept from the boy, of course. He was just happy to play with the tablet. But while he gleefully tapped and scrolled around the map of a faraway land, I couldn't help but think about the blackened soil around the unnamed communities and wondered whether this was evidence of industry or the consequences of war.

Will Trade Internet for Food 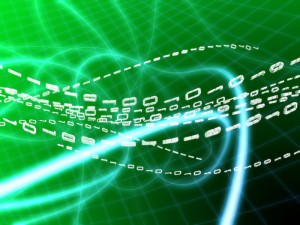 The “Do No Evil” company, Google, is working with some organizations to bring high speed internet access to the three billion humans that live in Africa. The project will cost billions of dollars and they hope that it will be fully operational by 2010. Considering the number of mobile handset users that live on the continent, this could be a great business venture and would even help various communities by making learning materials easily available, as well as the information needed to create and maintain the various technologies that we rely on for clean water and electricity.

But it does make me wonder whether this is something that the continent actually needs help with.

Africa is supposed to be the land where we all originated from. As it stands today, we hear more about the troubles and heinous crimes against humanity in various African countries than we do about people’s need for something faster than a 1.5 MBit ADSL internet connection. There are millions of people displaced from their homes for fear of torture, rape, slaughter, famine, or some combination thereof. There are millions who don’t have clean drinking water. There are millions who can’t even afford a handful of food every week … their bodies have all but shut down in the hopes of surviving another day. Why is it that some companies like Google are spending money on something that is really not as important as the real necessities of life?

Charity, when done properly, can be a good thing. Several key leaders say that most of the problems in Africa can be resolved with a better education the resources to make use of that knowledge, and I agree. That said, the very same thing can be argued when it comes to America’s response to perceived threats, Russia’s territorial disputes, South Korea’s endless temper tantrums, and Canada’s laughable military build-up. Rather than providing faster internet access for people on the First Continent, it may make more sense to invest in clean water systems and technical schools.

If I were living in Africa, I’d be much more inclined to learn something useful that I could immediately apply in my community than to complain about surfing the web on a 28.8 kilo baud modem.

Complaining aside, this could be a great selling feature for the OLPC (One Laptop Per Child) Program currently in effect in several countries. The economical notebooks do come equipped with a 802.11-g antenna, and this would provide ample speeds for almost anyone that would need quick access to the rich content found all over the world in various languages.

Google’s plans involve using satellites to bathe the poorer African nations in high speed data access. Various relay towers would be set up in various nations to interface with cell phones and WiFi-enabled devices. From there, people could access the global community at speeds rivaling what we would find with optical connections in many people’s homes.

But is it really necessary?

As it stands, 40% of internet users in westernized nations like Canada, America and Britain are still using a dial-up internet connection. On top of this, approximately 30% of the households in these countries do not yet have internet access. If people in the First World can still go without the digital ecstasy that is the internet, is it really so important that we provide lightning-fast speeds to a continent that will not be able to make decent use of it?

The basic necessities of life are food, clothing and shelter. On top of this we need to ensure that people are not in fear of wrongful persecution, religious extremism, or personal injury. Once this is accomplished, education and medical care comes next. According to various charity websites talking about the basics of life, nowhere do they mention “the right to 100 MBit internet connections.”

It’s true that wealthier nations and organizations around the world should try to help those in need. However, it may make more sense to look after the key basics before providing something that will not easily provide a better life for people. Sure, with the internet people can learn how to make or maintain sewage systems, water treatment facilities and other important devices. But how can one just expect others to know how to search for this stuff online without having the proper tools, equipment and knowledge that they will not be driven from their homes in some half-baked militant coup?

Perhaps I’ve just grown pessimistic about the need to bring cutting edge technologies to those that don’t already have the same things I had growing up. But this plan doesn’t make sense to me.

What’s your take on this?