Another evening, another update to 10C. This most recent one was well overdue, though. One of the features that was part of v2 and v4 for years that never quite made the jump to v5 was podcasting. After almost a full year of v5 being live, the feature has finally made a comeback … to a certain extent. There are still a couple of things that need to be built into various themes to support podcasts, but the core elements are all there to publish audio files to the web in a manner that is completely compatible with iTunes, Google Play, and standalone podcast clients.

In the two previous versions of 10Centuries, podcasts generally consisted of multiple distinct elements that were loosely coupled. There would be a record for the podcast itself, one for the accompanying blog post, and a social post as well. If you were to edit one of these afterwards, the other two items would not be updated. As one can imagine, this was suboptimal. With 10Cv5, there's no reason for any of this. A podcast is a complete entity in and of itself, the same as with quotations, bookmarks, notes, and locations. This is because a podcast is just an article with an audio file attached. Even the post type remains the same. Sometimes the simple solutions are better than the over-engineered ones that sought out edge cases.

For the moment, podcasts are only publishable through the Anri theme or a dedicated client1. In the next little bit, I'd like to ensure that everywhere a person can publish a post, podcasts are an option. 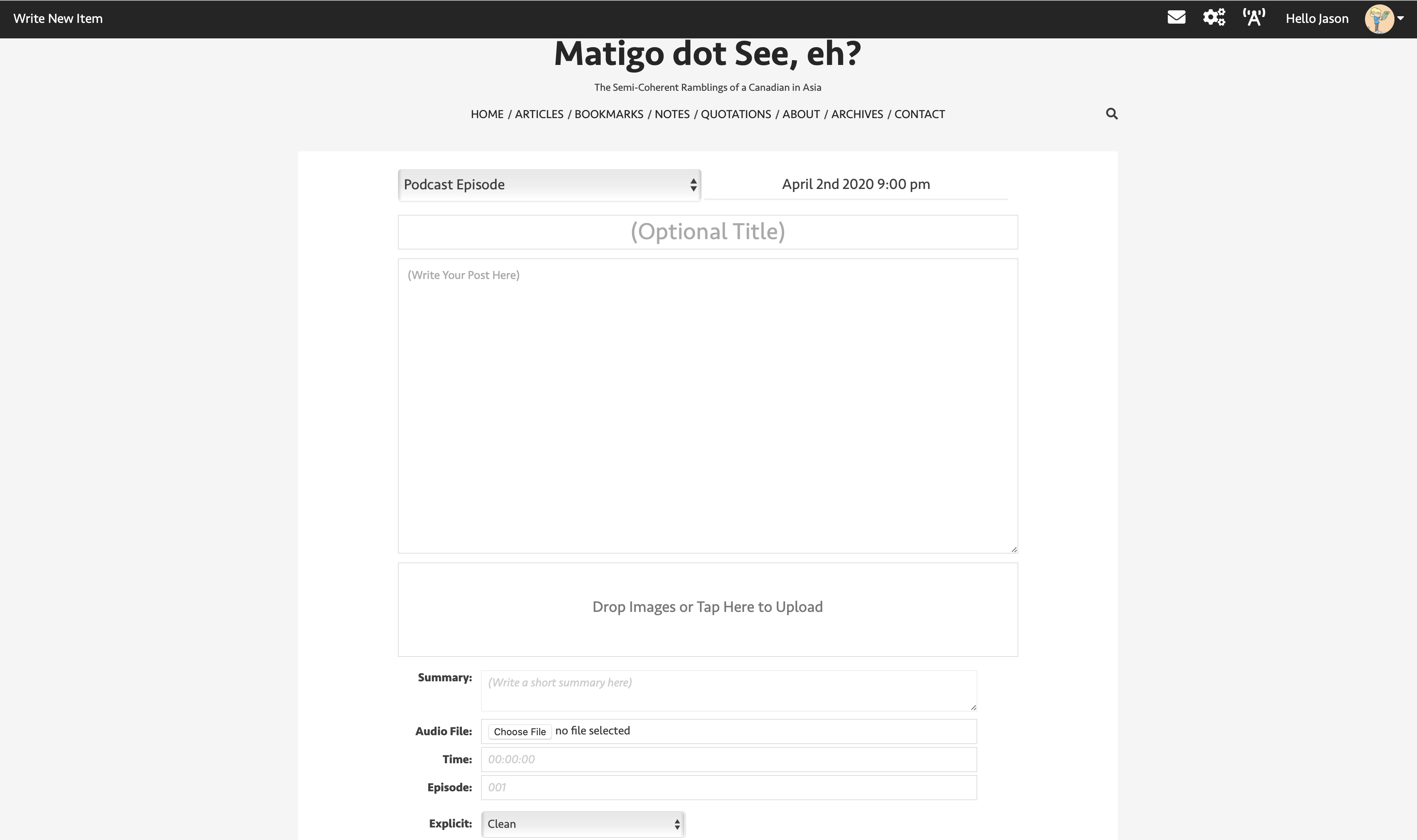 Like with 10Cv2 and v4, when "Podcast Episode" is chosen, some additional fields will become visible on the screen under the image upload section. Unlike the previous versions of 10C, you do not need to add an audio file to the uploads box to make these elements visible. This was one thing that a lot of people did not like about the previous UI and I did not want to make the same mistake again. As a result, audio uploads have their own distinct button.

Only the post text, summary, and audio file need to exist in order to publish a podcast, though more information will generally make for a better-formatted syndication feed.

Speaking of syndication, there's a new settings page where people can better control their RSS feed. 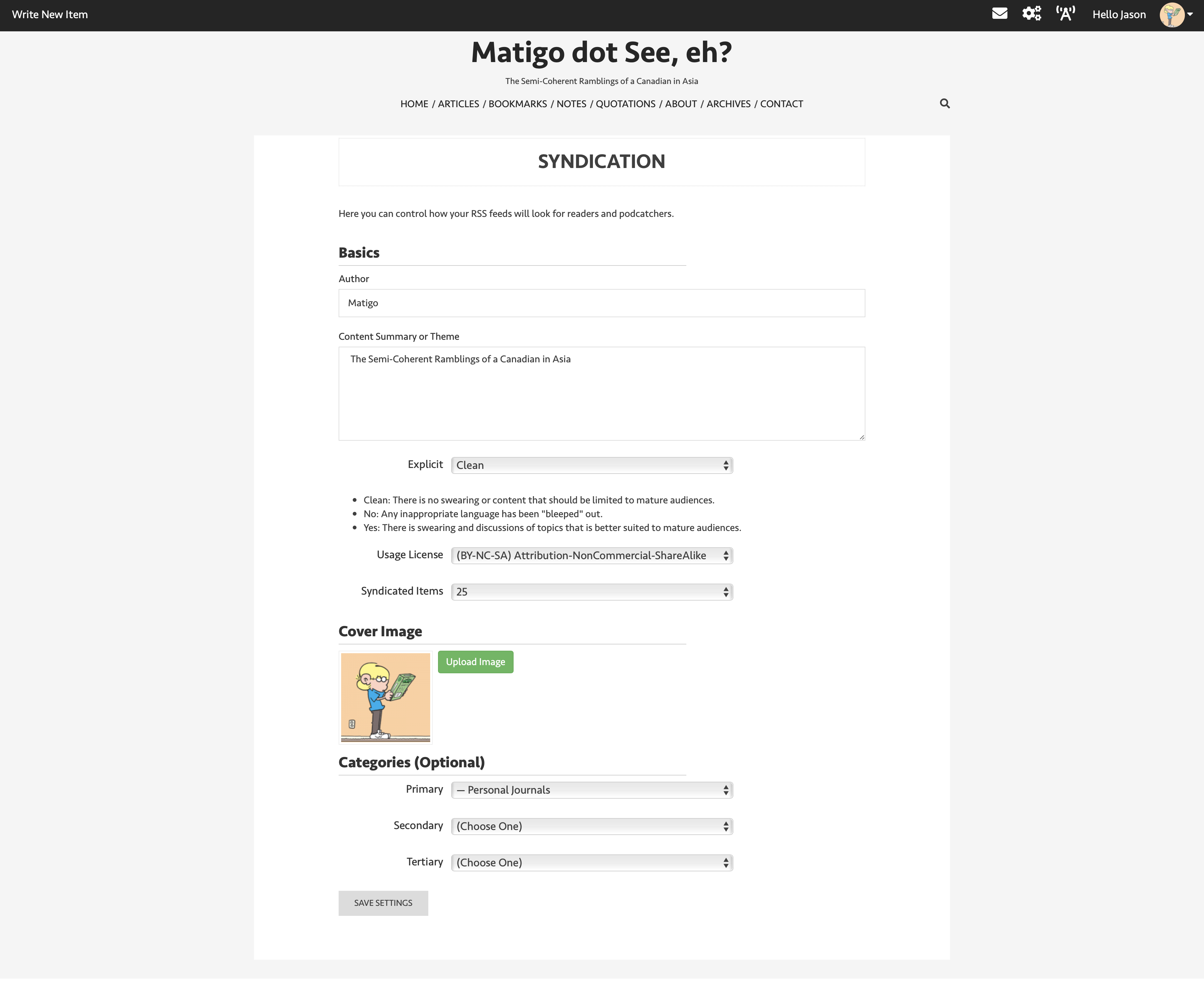 With this page people are able to have a specific author name, or a list of authors, for the RSS feed as well as a detailed summary, a Creative Commons license, the number of items to show in the RSS feed, a cover image which is the same as your avatar by default, and content categories2.

As with so many of the things I make, the UI could certainly use a little bit of love. That said, I'm hoping that with the core functionality in place, people can make use of it.