Since it seems I'm perpetually stuck in the 90s, it seems apt to share a thought that crossed my mind while listening to an iconic 90s techno track from Sash!. While growing up in Canada during the early 90s, there were just a limited number of ways a young person could get their hands on music. If the opportunity availed itself, a person could get a part-time job and buy albums for anywhere between $16 and $22 a piece1 or they could buy a bunch of blank cassettes and engage in an intricate dance involving pause buttons, radio DJs, and dumb luck.

As one would expect from a teenager, I generally went with the second option. 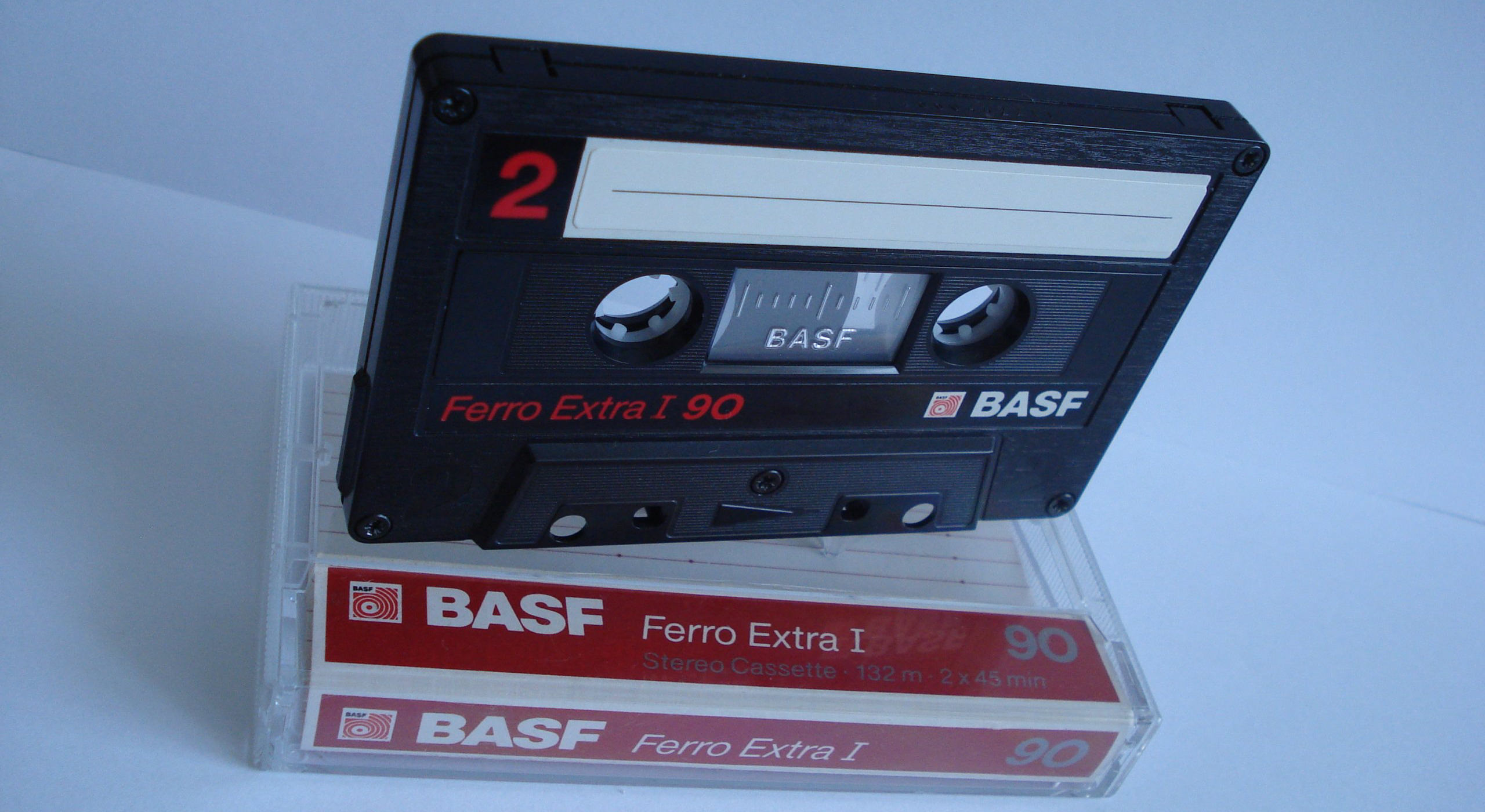 My cassette of choice was BASF's 90-minute Ferro Extra I line, which could typically be found for about $2.50 from the discount shops in town. These had pretty decent sound reproduction and would allow just under 45 minutes of audio on each side of the tape. There were better options available but, given that the source for much of my music was the radio up until 19962, the BASF tapes proved to have the best ROI.

The early 90s were the age of the mix-tape, where people would put music on cassettes for friends, family, and loved ones. I enjoyed doing this as much as anyone else, using my evenings to listen to Burlington-based "Energy 108" to record the tunes of the day. Friends would often give me tapes what were just straight copies off the radio, which included DJ banter, ads, and the random play of Celine Dion between Tupac and Dr. Dre "because Canada"3. As one might expect, I didn't like this lazy approach to mixing. You cannot call a 44-minute straight recording of a radio station a mix. It just doesn't work. If a person was going to mix a tape using the radio, it had to be done with a little more finesse.

My process when assembling a mix tape would be simple, though time consuming. I'd choose the person who would get the tape, often a friend from school, then select a single genre to record. From there I'd put the radio on and fiddle with the dial until the reception was just right, then put a blank cassette in the loader, press pause, then press record+play4 simultaneously. From there it was a matter of waiting for the radio station to play something of the right genre without a DJ speaking through the entire intro. When a song was being recorded, I'd time the length of the track and record the information to a folded-over sheet of 8.5"x11" paper. Times were in red ink. Song titles in blue. Artists in black. This allowed me to verify a song wasn't already on the tape and to calculate how much time remained on each side without going through the hassle of pressing play and listening to how much dead air there was before the tape ran out, then determining how much space at the end of the reel couldn't be recorded on. A single mix-tape might take two or three days to assemble. Once done, I'd fill out the track listing using the cover that came with the cassette case, including a quick message to go along with the tape. If I was feeling particularly creative, I'd go all out with the cover-art and draw things that interested the recipient5 such as cars, stacks of money, cigarettes, or — for one special person — cute frogs.

There were some mix tapes that I kept for myself, of course. Some of these were listened to so often that I can still remember the track sequences and — much to my chagrin — the songs that bled into the music I wanted because the radio station cross-faded between two tracks. When I listen to the songs today my mind still expects to hear 2 seconds of TLC's Waterfalls after Sash! belts out Ecuador. I expect to hear a little more than 1 second of a beer commercial after Pearl Jam's Alive. On my most-played cassette, Eiffel 65's Blue cuts out half-way through because I'd run out of recordable tape.

Most people don't have the same degree of friction today when assembling a mix tape for friends or family. Heck, to the best of my knowledge, I don't know of anyone who puts together a play list for someone else. This is despite the relative ease of making a list and the much higher sound quality people can enjoy from streaming services. Nobody needs to be bound by a hard limit of 60, 90, or 120 minutes, either. The whole process is much more elegant.

There are a lot of activities that look better when using rose-coloured glasses, but this isn't one of them. I enjoyed putting the tapes together this way at the time because there was no other realistic option. I enjoyed the thought and care that went into the mixing. I enjoyed doing the artwork, too. Would I do it again today with a cassette, CD, MD, or some other physical media? Sure. But only for someone really special, and only with better-quality audio.