Decembers in this part of the country rarely feel like winter to anyone who grew up on the east side of Canada. The sky is typically a nice blue, with clouds of different heights and patterns generally moving along at a leisurely pace. People are outside playing basketball or running in preparation for the myriad of marathons that take place from January to March. Precipitation, when it does happen, is limited to cold rain that falls all night or for a handful of hours in the morning. Today, though, was different. 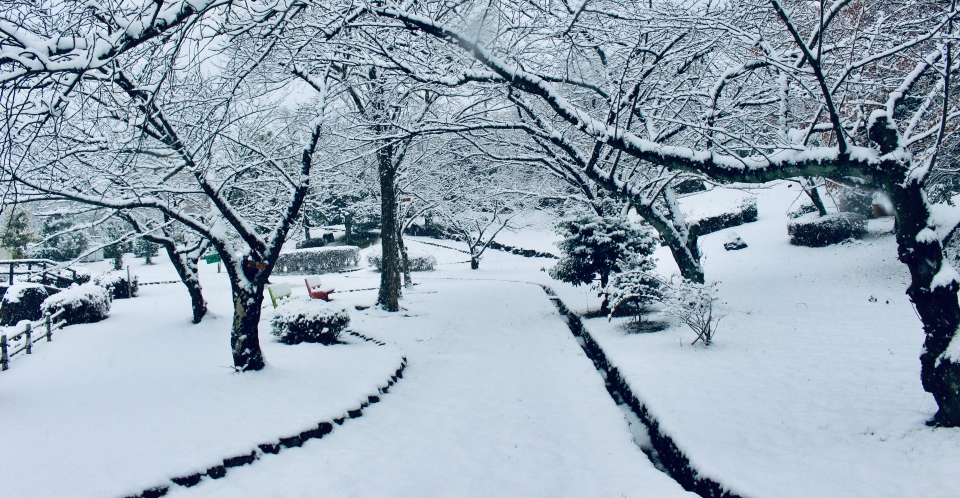 Snow! So rarely does it snow here that, when it does, I grab the camera and the puppy for an extended morning jaunt through the white stuff. Many years ago, when Nozomi was just a pup, she would jump and play in the snow, carving her own path through untouched fields. While she still very much prefers to walk through seemingly pristine parts of the park1, frolicking is no longer on her list of things to do. 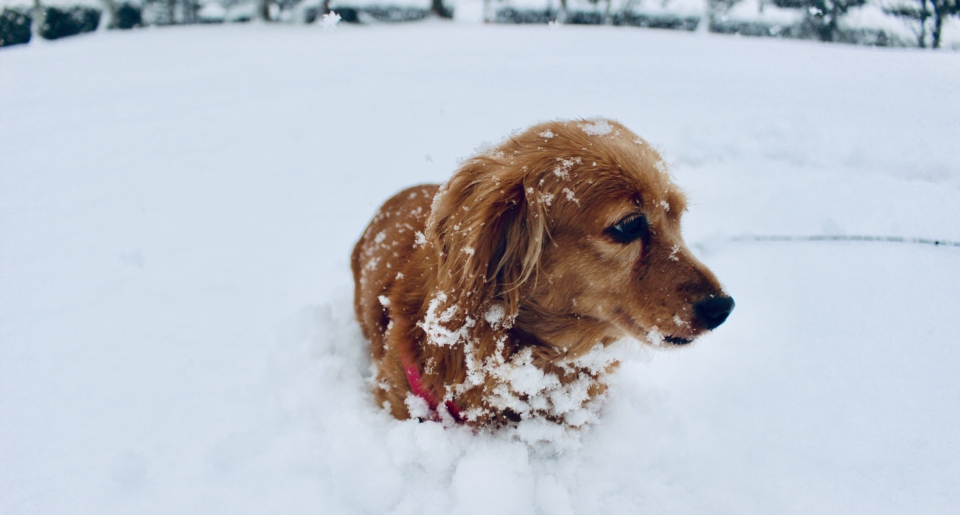 What’s interesting about today’s snowfall is the timing. This is the first time I’ve seen snow at ground level in December since moving to Japan 11 years ago. Occasionally there will be a little accumulation for a few hours in January or March, but February is generally when we see our half-day of snow. For it to fall this early in the season has me hopeful that we’ll see a lot more in the coming weeks.

Unfortunately the white stuff didn’t stick around for too long today. As is normal, temperatures rose to several degrees above freezing by 11 o’clock and the vast majority of the snow was gone a few hours later. You can still see slivers of white in areas that seldom receive direct sunlight, but these wil also melt before the weekend is done. Nozomi enjoyed her snow-free evening walk in the park, but I do wish the weather would allow for a lot more snow in this part of Japan. A winter without snow just seems so dull … even with blue skies above.