Today was the boy's first Christmas, a day that will likely get progressively louder in the coming years. As he does not yet have a firm grasp on language, customs, or presents, the morning was quite confusing for him. That said, he knew something was up when there were items in bright-red wrapping close enough to his bed that he could grab them. Usually things are put just out of arm's reach so that his curiosity does not involve a quick repair of a remote control, USB mouse, or an entire computer. All in all, he received four gifts this year, but has (so far) only opened two: a Mickey Mouse plushie, and a water-based colouring pad with stamps. He doesn't yet understand how to colour or use stamps, but he did enjoy Mickey. 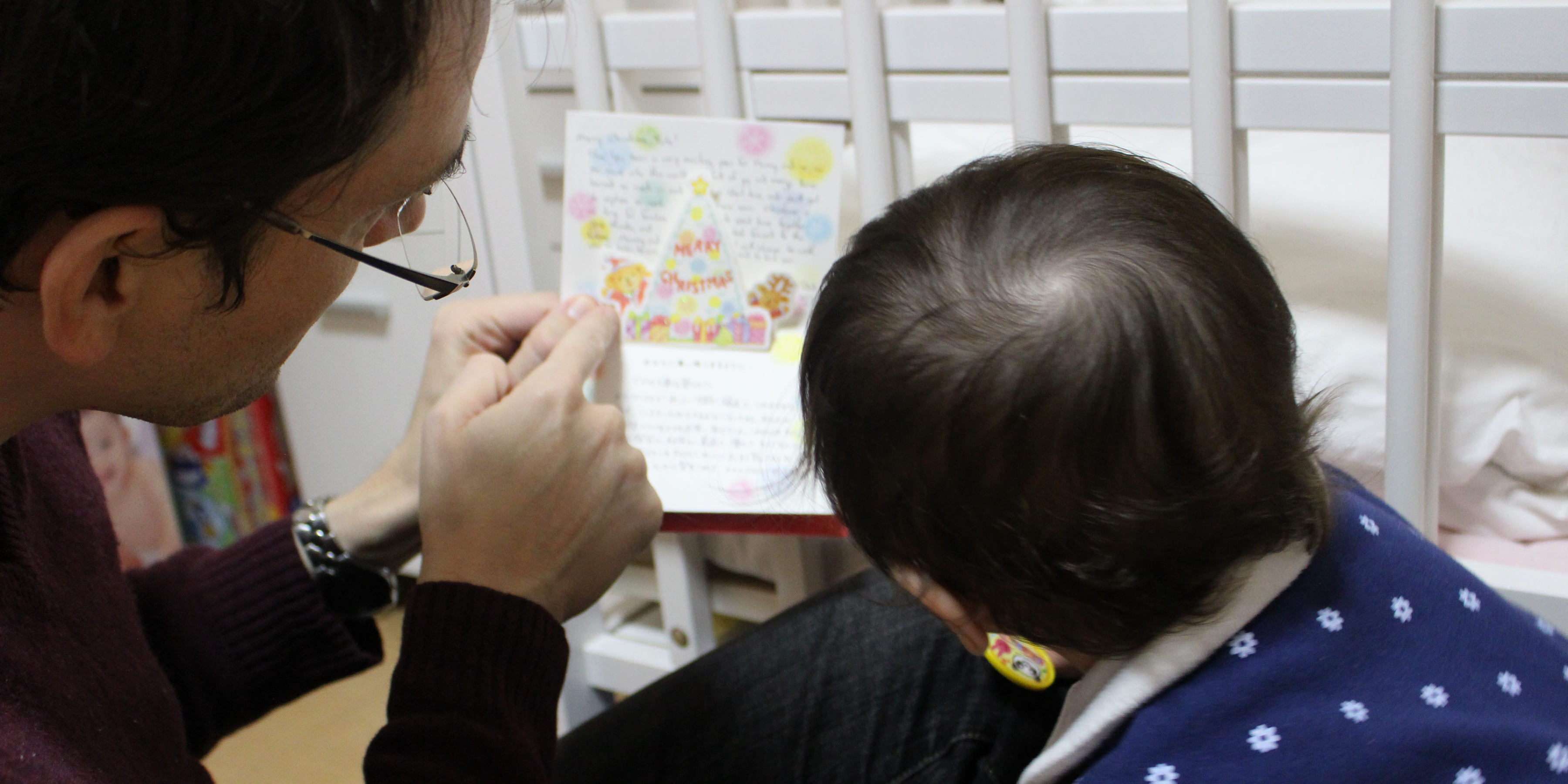 For a long time I've not been particularly interested in Christmas as the holiday has lost most of its original meaning to become little more than the epitome of commercialism. Watching Charlie Brown Christmas, it's interesting that people were complaining about this back in the 1960's as well. However, since becoming a parent, I look forward to these little celebrations as it's a chance to relive my long-forgotten introduction to the customs and traditions that make up culture. Perhaps my son will also lose interest in this winter holiday at some point in his teens, asking for nothing more than to sleep in until noon. Perhaps he'll always look forward to it because of the freedom one has with eating as much food as we can pack into our face. I am quite certain that he will both anticipate and enjoy the Christmas holidays from the time he's 3 until somewhere in his teens, and I'll look forward to enjoying his reactions.

I guess this means I've become a little soft in my middle-aged years ….