Bryan Clark over at The Next Web seems to have a beef with the relative age of the current-selling MacBook Pro, saying that the machine hasn't been updated by Apple because the company has "forgotten what a computer is." This is an interesting hypothesis, but not one that I'm willing to entertain. Instead, I'll posit my own theory for why Apple isn't updating any of their computers on a regular 6 ~ 12 month cycle anymore: it's 2016. 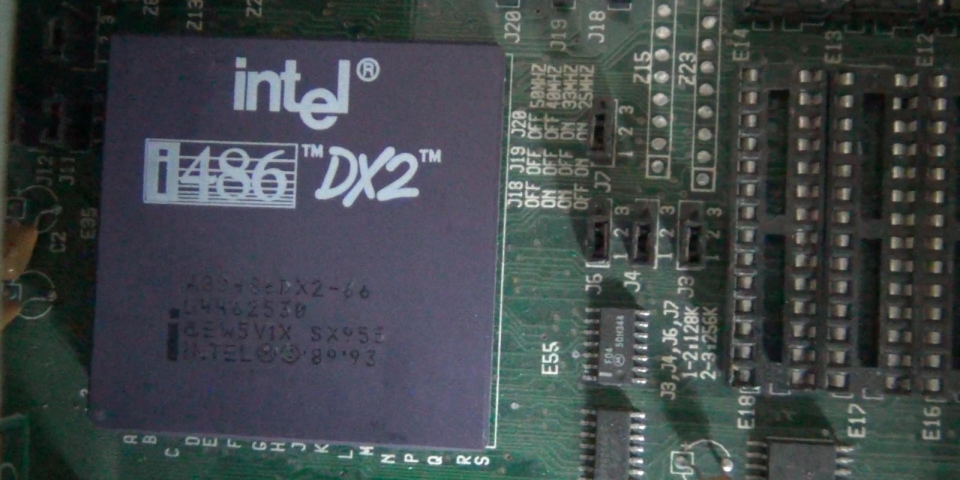 Twenty years ago when I first started to deep-dive into the world of technology, I would buy a copy of Windows Magazine from the Avondale near my high school and read it cover-to-cover and absorb the information like a sponge. Later, I'd go through the advertisements and watch as the processors described as "speed demons" just six months before were being replaced by faster, more capable CPUs at an ever faster rate. When Intel released the Pentium-branded chips, the MHz race was on and we quickly jumped from 200 to 450 in the space of a summer, then up to 800 before the next spring, and finally hitting the blazing fast 1.0GHz by the start of 2000. Anybody who had actively tried to keep up with the speed of technology at this time was investing close to $600 a month in upgrades … and I was one of those suckers.

This was how technology (and marketing) seemed to go for well over a decade. The "l33t hotness" today would be considered obsolete by geeky peers less than 180 days later, and people would be openly mocked online as a result. This started to change for most people around 2008, though, as technology and software had mostly started to reach the "good enough" point where people were comfortable using a computer for longer than 18 months without complaints. Operating systems had become much more reliable by then, as well, meaning that wiping the hard drive and re-installing everything from scratch became a rare nuisance rather than a twice-annual happenstance. By 2012, a lot of non-gaming geeks also found that any hardware they had was good enough for at least four years. Batteries were lasting longer. Processors could keep up with 90% of the work we'd throw at them. Software crashed a lot less.

Now, there's a very real "problem" that arises when people don't have a problem with a product they own: the idea of replacing the item never enters their mind.

How often do people buy new appliances for their home? Washing machines, refrigerators, and microwaves are typically replaced once a decade if that. Many people are able to get fifteen years or more from these machines. As a result, manufacturers have a slower product refresh cycle. Does Maytag or Toshiba really need to put out a new front-load washer every 8 months in order to appear relevant? No. Having worked in the appliance industry for many years¹, I can tell you that most appliance manufacturers have refresh cycles similar to auto manufacturers. There are minor cosmetic changes every spring, maybe a new software update on the higher-end models, but the underlying hardware stays the same for a number of years.

While most manufacturers of cheap, plastic computers churn out an endless array of crap every 6 months, the companies that produce the better, more reliable hardware have slowed down. They choose to invest their time in designing better devices that they can then charge a premium for. Compare any "brand new" Toshiba, Sony, Samsung, Lenovo, HP, or Acer computer that sells for less than $1500 USD to a 440 day old MacBook Pro and tell me how they're better in any 3 measures. I guarantee you can't do it. I tried for 8 months to find a better notebook and failed miserably. As a result, I bought a MacBook Pro and soon replaced the default OS X installation with Ubuntu MATE 16.04 and haven't (often) looked back.

The current MacBook Pro line ships with the 5th Generation Intel Core processors. The 6th Generation is out with reduced power consumption and generally reduced clock rates, but does it make sense to update a whole line of professional-grade notebooks to get another few hours out of a notebook that already provides 12+ hours of life for most people? Heck, according to CPU Boss, going with a 6th Generation processor would be a step down in terms of processing speed. Given that OS X's performance problems are a direct result of the file system² and not the hardware, I'd say a MacBook Pro refresh would be a bad thing.

But what do I know? I'm just a person who uses his MacBook Pro running Ubuntu for 14+ hours a day, 7 days a week. The battery is being used for ten-to-twelve hours most of these days, and this machine is still the fastest non-server-grade computer I've ever used. Would I like a little more battery life? Sure. But I won't accept it at the cost of raw throughput. I won't pretend to know how Bryan uses his computer and what he might want a refreshed Pro line for, but as a person who spends his days programming for multiple platforms, running Virtual Machines, podcasting, and just about anything else aside from gaming, I can tell you that the most recent MacBook Pro line can likely go another 440 days before a refresh is honestly necessary.